The Board of Guardians is responsible for deciding how to invest the assets of each fund.

The Board consists of a Chair and six other members. Members are appointed by the responsible Ministers, in accordance with legislation, and selected for their expertise in investing in financial assets, managing investments and corporate governance.

Board members are appointed on a part time basis for a term of up to five years and are eligible to be reappointed. 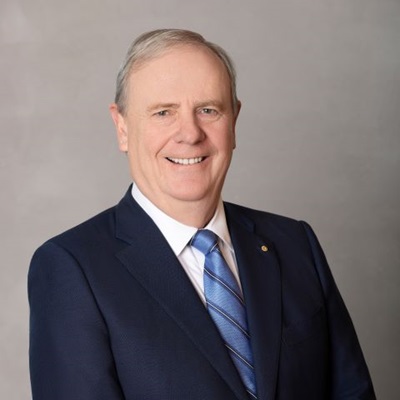 Hon Peter Costello AC (Chairman)
Mr Costello was first appointed to the Board with effect from 18 December 2009. Mr Costello was appointed acting Chairman on 11 January 2014 and Chairman with effect from 4 February 2014 for a five-year term. He was reappointed as Chairman for another five-year term with effect from 4 February 2019.
Mr Costello served as a member of the House of Representatives from 1990 to 2009 and was Treasurer of the Commonwealth of Australia from March 1996 to December 2007. He has been Chair of the G20 Central Bank Governors and Finance Ministers, the OECD Ministerial Council, the APEC Finance Ministers, and a Governor of the IMF, World Bank and Asian Development Bank. He has served as Chairman of the Independent Advisory Board to the World Bank. Mr Costello is the Chairman of Nine Entertainment Co. He was appointed a Companion of the Order of Australia in 2011 for eminent service to the Parliament of Australia through the development of landmark economic policy reforms. 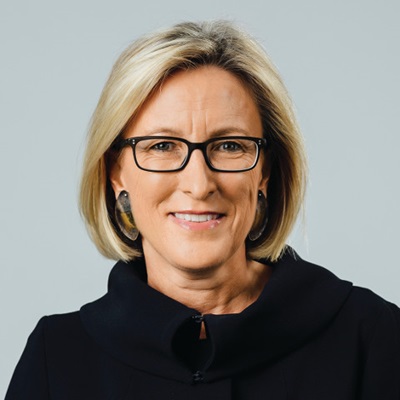 Ms Kay has more than 35 years experience in the finance sector both in Executive and Non-Executive roles. As an Executive Ms Kay worked as a banker and as a lawyer at Morgan Stanley, JP Morgan and Linklaters in London, New York and Australia. She has served as a Non-Executive Director of enterprises across a broad range of industries. Ms Kay is currently a Director of Scentre Group, Myer Family Investments, the Foreign Investment Review Board, and Rothschild & Co (Australia) and in the not-for-profit sector, the General Sir John Monash Scholarship Foundation and Sydney Grammar School. Most recently Ms Kay served on the Panel of the Commonwealth Government’s Retirement Income Review. She was awarded a Centenary Medal for services to business. Ms Kay holds bachelor degrees in Law and Arts (University of Melbourne) and a Graduate Diploma in Management (AGSM). 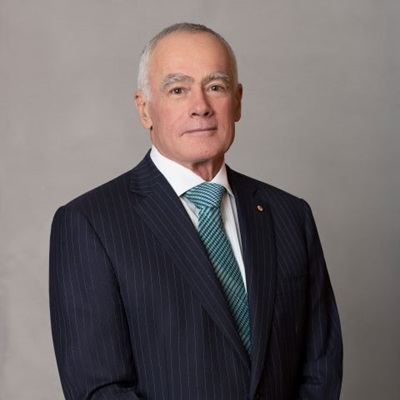 Mr Poynton is Chairman of Poynton Stavrianouvband Strike Energy Limited, and Deputy Chair of Sapien Cyber Limited. He has previously served on the boards of a number of ASX-listed companies, federal government boards, education institutions and not-for-profit enterprises. Appointed an Officer of the Order of Australia for services to the community and business, Mr Poynton is also a past recipient of a Western Australian Citizen of the Year award in the Industry and Commerce category. He holds a Bachelor of Commerce and an honorary Doctor of Commerce from the University of Western Australia. 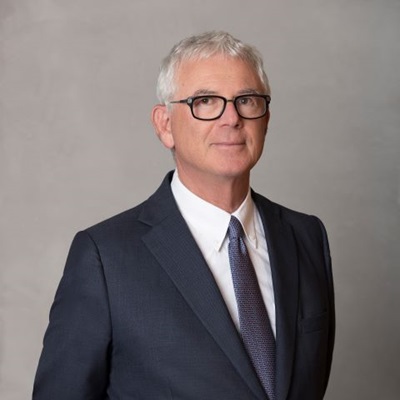 Mr Wachtel’s primary business experience is global in nature and predominantly in the area of large complex international business. Through various leadership roles in the professional services industry, he has extensive experience in organisational leadership, finance, risk management and governance, including as a former Chair (Asia Pacific & Oceania) of Ernst & Young (EY) and a member of the EY Global Governance Council & Global Risk Executive Committee. He is a Non-Executive Director of SEEK, Pact Group Holdings Limited and the St Vincent’s Medical Research Institute, and a past President of the International Fiscal Association (IFA Australia). Mr Wachtel holds a Bachelor of Commerce and a Bachelor of Laws from the University of Cape Town and a Master of Laws from The London School of Economics. 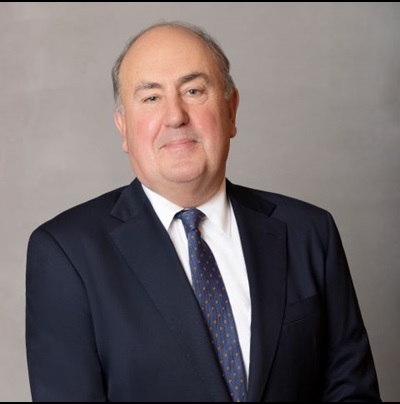 Mr Fraser was appointed with effect from 12 November 2018 for a five-year term.

Mr Fraser has more than 40 years experience in leadership roles in economics, public policy, capital markets and asset management in Australia and overseas. He was Secretary to the Australian Treasury from 2015 to July 2018, serving as a member of the Board of the Reserve Bank of Australia, a member of the Australian Council of Financial Regulators and Chair of the G20 Global Infrastructure Hub. Prior to this, Mr Fraser was Chairman and CEO of UBS Global Asset Management based in London, a member of the UBS Group Executive Board and Chairman of UBS Saudi Arabia. He has also served as a Director of AMP Limited and the Australian Stock Exchange and as Chairman of Victorian Funds Management Corporation. Prior to 1993, Mr Fraser held a number of senior positions with the Treasury over 20 years, including postings at the International Monetary Fund and the Australian Embassy in the United States. Mr Fraser is a member of the Advisory Board of AccountAbility in New York and a Non-Executive Director and Chairman of the Risk Committee of Judo Bank. In 2001 he received a Centenary Medal for service to Australian society through business and economics. In 2021, he was appointed to represent Australia as one of three observers (the others being Korea and India) to the G7 Panel on Economic Resilience.

Mrs Cross was appointed with effect from 11 May 2021 for a five-year term.

Mrs Cross has extensive international experience across a wide range of financial services and other industries. She has lived and worked in seven different countries holding a number of senior leadership positions with Chase, BNP and National Australia Bank where she also served on the NAB’s Executive Committee. Mrs Cross began her career in the U.S. public service and is an honours graduate of Georgetown University’s School of Foreign Service. She has expertise in capital markets, risk management, corporate governance, treasury and international affairs. Mrs Cross was Chair of the Commonwealth Superannuation Corporation until 30 June 2021, and is currently Chair of OFX Group Ltd, a Non-Executive Director of Transurban Ltd, and is an Ambassador for the Australian Indigenous Education Foundation. She has served as a Non-Executive Director with Macquarie Group, the National Australia Bank, Qantas, Wesfarmers and Aviva plc. Mrs Cross has held honorary government positions including as a founding member of the Financial Sector Advisory Council and as a member of the Panel of Experts to the Australian Financial Centre Forum. Mrs Cross was the founding Chair of the 30% Club in Australia, a founding director of the Grattan Institute, and a long-serving director of the Murdoch Children’s Research Institute. She was awarded a Centenary Medal for services to the financial services industry, and a lifetime fellowship of the Australian Institute of Company Directors for the advancement of women in corporate Australia. 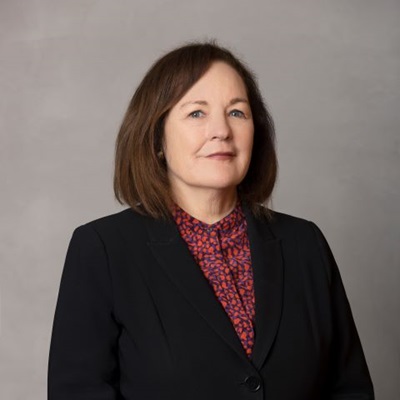 Dr Ralston was appointed with effect from 15 September 2021 for a five-year term.

Dr Ralston has broad-ranging experience as a Non-Executive Director on private and public sector boards. Current appointments include membership of the Reserve Bank of Australia’s Payments System Board and Non-Executive director roles with the SMSF Association and SuperEd, an innovative digital advice company. She chairs the Household Capital Advisory Board and is a member of the Conexus Institute. She was previously a Non-Executive Director of Mortgage Choice, Heritage Building Society, and Kaplan Business School and Kaplan
Higher Education. Dr Ralston’s expertise in public policy, innovation and retirement issues has been reflected in appointments to the Federal Government’s Retirement Income Review Panel, the Comprehensive Income Products for Retirement Framework Advisory Committee, and as inaugural Chair of ASIC’s Digital Finance Advisory Board. In an executive capacity she has held senior roles in Australian universities, most recently as Executive Director of the Australian Centre for Financial Studies, and as Pro Vice- Chancellor of Business, Law and Information Sciences at the University of Canberra. Her academic engagement continues as a Professorial Fellow with the Monash University Business School, where she is a member of the Advisory Board of Mercer CFA Institute Global Pension Index. Dr Ralston holds bachelor and master’s degrees in economics, and a PhD in finance.